You are here: Home › General › Glasses › The eye chart 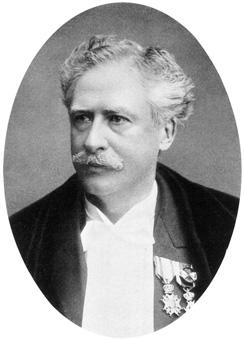 Herman Snellen died January 18th 1908, at the age of 73.  You may not recognize his name, but if you’ve ever gone to the eye doctor, you’ll certainly recognize this Dutch eye doctor namesake creation. It’s the eye chart . . . the one with the big E on the top.

Their somewhat clunky appearance, and their spacing, were all carefully designed by Snellen to test visual acuity.

And it’s Snellen who devised the system of rating one’s vision as a ratio.

If a patient could read a line of type 20 feet away with what Snellen judged to be normal acuity, he proclaimed them to have 20/20 vision. Eye examinations has since advanced far beyond anything Herman Snellen could ever have foreseen. But even so, the Snellen chart and the Snellen ratio are still in wide use today.